More major shed tidying work has been undertaken to prepare for squeezing the replacement chassis for 129 back into the shed.


The cosmetic section of the bogie improvement works has now been completed on the Sheringham end bogie, which has been painted in gloss black this week, improving it's appearance greatly.

The battery refitting (mentioned last week), has now been completed and there is now a full set of batteries installed in the carriage.

The interior of the carriage has now reached an advanced stage with only loose ends now left to complete. The seat upholstery has been fully fitted and all 16 tables returned to their rightful positions, these being the last interior components to be fitted to the passenger saloons. The end is really now in sight for the major rebuild of this coach.


The metalwork on the landward side has now been fully completed, and the welder has now moved onto the final section of the whole coach: the Holt end. Interestingly, when cutting away rotten metal from this end, three eras of original lettering were found describing the suburban routes to which the carriage was allocated in British Railways days. The first layer (1970's BR Blue era) showed "King's Cross Outer Sub". 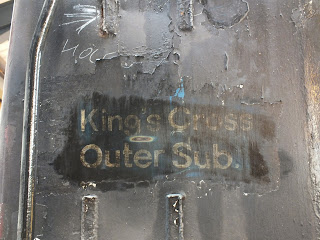 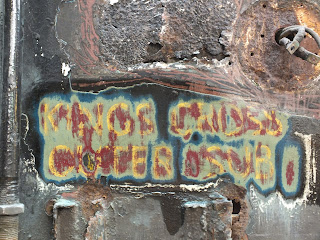 The third layer (1950's Black) revealing "GRANTHAM No1". A small piece of history which will never be seen again as the metal will be replaced. 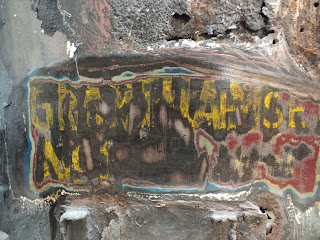 Now that E48001 is getting closer to the painting stage, more resources are being spent on E43041 to progress its rebuild. Some hardwood supports have been machined destined to support the new wooden flooring. A start has also been made on aligning the original wooden window "gripper bars" with the new metal window surrounds, and holes drilling in them in order to take small threaded bolts which will eventually hold the window glass in place. There are lots to get through! 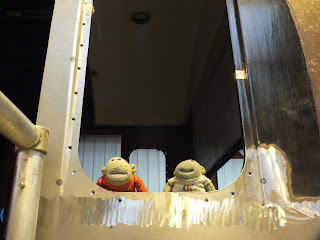 
More finishing works have been undertaken on the interior,with the Formica paneling being cleaned, the last of the luggage racks fitted, picture frames (minus prints) trial fitted to the walls, mirrors fitted and inter-saloon hinged doors hung. Some more re-varnishing work is now being undertaken on areas which required modification to make fit.


The body preparation is substantially complete now, with only fine sanding and paint preparation still to undertaken. More lettering, similar to E43041, has been revealed on this coach before any repainting commences, with "FENCHURCH STREET SHOEBURYNESS SERVICE" on one end and "SHEFFIELD - MID LINK" on the other. 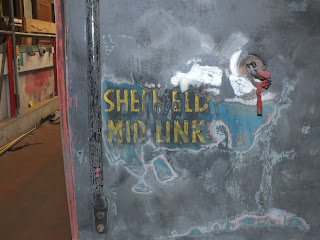 The lettering was measured, photographed and traced before the sanding back continued, destroying the 60+ year old lettering forever... 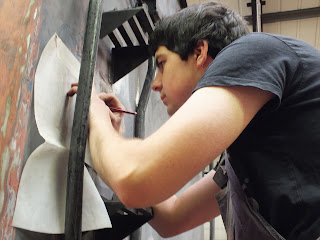 
The M&GN Society's brakevan, which is a stalwart performer in the railway's demonstration goods train, has been suffering recently from the same fate as many of the wooden goods vehicles normally kept at Holt, that of peeling paint and a general careworn appearance. Two volunteers have bravely suggested undertaking an exterior refurbishment and repaint outside at Holt, in a similar fashion to the work undertaken recently on the M&GN Tool Van No12. This work has been started this week.

Posted by NNR Carriage and Wagon at 20:25